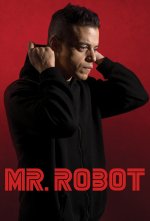 In the fallout of the Great Depression, FTR closed all the banks for a bank holiday and then he reopened them in stages when they were reported to being sound. Later, historians discovered what we in this room now know; that those reports, they are mostly lies. Nevertheless, it worked, it worked because the public believed the government had everything under control. You see? That is the business model for this great nation of ours. Every business day when our market bells ring, we con people to believing in something: The American Dream, family values… ; could be freedom fries for all I care. It doesn't matter! As long as the con works and people buy, sell whatever it is that we want them to.